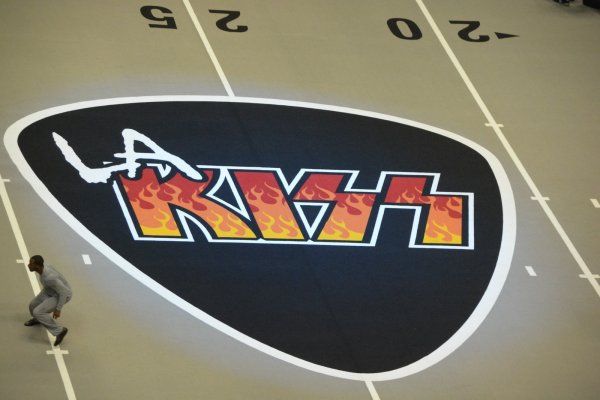 The play had been run before, the tackle done a million times, but this time the end result would be much more different. Not even Pellum could’ve guessed what he was in for.

June 14 will mark one year since Romeo Pellum’s life was changed forever.

Pellum was a rookie defensive back for the LA KISS last year and played in 12 games. During this time, he recorded 39 solo tackles, 17 assisted tackles, and two interceptions — one of which was returned 41 yards for a touchdown in their first home game. Pellum was well on his way to establishing himself as one of the few solid players the KISS had last year. And then came the defining moment.

LA was playing their 12th game of the season against the Portland Thunder and in one play Pellum’s season was over.

“I got wrapped up with the [Portland player] and our Jack linebacker’s momentum came towards me and my foot got stuck,” Pellum said. “It was pretty bad. Actually, on TV they thought I broke my leg.”

Pellum had a spiral fracture to his fibula and tore his deltoid ligament. In layman’s terms, his foot was caught underneath him at which point the force applied to the fibula almost snapped his bone in two. The deltoid ligament helps support the arch of the foot among other things and is incredibly difficult to damage, making his injury all the worse.

“I believe [my leg] was hanging if I remember right,” Pellum said. “I was in pain, but I don’t really remember the whole thing. It all happened so fast. You’re playing and the next minute you’re not.”

Pellum, being the type of player he is, actually asked to go back out on the field and play. The doctor told him there was no way. His leg was completely broken. Surgery followed shortly after when another issue arrived.

There was a small hole in his ankle which was not getting any blood circulation to it. The team doctor told Pellum it could affect him in the long run. He opted for a second surgery this past week to resolve the issue and they also placed a screw in his ankle to help it heal. He’ll require one more surgery to have the screw removed, as well as the other plates and screws that were inserted during the initial surgery.

Rehab has been good, but slow. Pellum was active in physical therapy and running with the athletic trainer before his second surgery forced him to stay off his ankle. The timing couldn’t have been any worse.

“I was supposed to work out for two CFL teams,” Pellum said. “I had talked to four NFL teams personally. It was kind of a bummer.”

His hard cast was just removed last Thursday now replaced by a smaller one which he will keep on for another two weeks. Following that, he’ll try to regain some flexibility in his ankle and movement back in his leg. Finally, in 12 weeks he’ll have another surgery, which he hopes to be his last, to allow his ankle to heal properly and get back to his normal self.

After all the setbacks, many would give up football, try to get healthy, and move along. Pellum, on the other hand, made it clear that his goal is still 100 percent to get back on the field. His doctor has told him that he’s expecting a full recovery and Pellum definitely wants to take advantage of that.

“You know people always say you want to prepare for those moments but it happened so fast it really didn’t give me time to prepare,” Pellum laughed. “The competitive edge in me always says I can go full speed.”

Pellum’s injury has given him plenty of free time, so he’s done a lot of volunteer work, becoming the face of the LA KISS in the community last year. He loves to give back and is in the process of starting his own nonprofit. He feels that this is his calling while he’s injured.

“I came from a low income area,” Pellum said. “My mom always kept me out of trouble and I just happened to go down the other path slightly so I know what it’s like to go down the wrong path. I feel like I can teach kids and show kids the right way to go.”

Pellum believes that an injury can’t hold him back and he wants to strive for greatness. He has fans, kids, and family watching him. But he understands that he also needs to utilize his time so he can build something off the field that will pay him long term when his football career is over.